The Governor of Connecticut has unveiled a plan to boost spending on affordable housing by 330 million over the next decade. 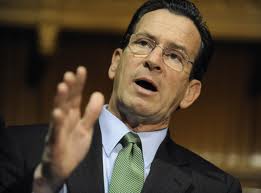 The money will mostly be spent on fixing up units which need repairs and improving vacant units.  The state has a vacancy rate of 10% for the 1400 or so public housing units in the portfolio.

“Taken together, this represents the largest commitment to affordable housing in decades,” Malloy said. “For too long, Connecticut has built too little affordable housing and we need to jumpstart those efforts and we do so today.”

The governor has also stated that he wants to reorganize the state’s housing under a new state office of housing which will be located within the department of economic and community development.  This would consolidate various offices in several agencies under one roof.