The Creator of Star Wars, George Lucas has decided to stop pushing for the development of a new film studio in Marin County as reposrted in affordable housing finance magazine 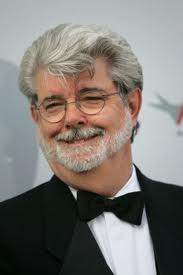 “We hope we will be able to find a developer who will be interested in low-income housing since it is scarce in Marin,” said the letter. “If everyone feels that housing is less impactful on the land then we are hoping that people who need it the most will benefit.”

The Marin Community Foundation has stepped in to work with Lucasfilm to explore options to develop the site with affordable housing.

“We are thrilled that George Lucas is seeing this as an opportunity to address one of the most critical issues in Marin County—making it possible for a broad range of individuals and families to afford to live in Marin,” said Thomas Peters, president and CEO of the Foundation. “In many instances, this is housing for people who work in the county but can’t afford to live here and for people who grew up here but who now cannot afford safe, secure housing in their home county. And we have always paid particular attention to the need for affordable housing by the county’s expanding senior population.”

Marin County is one of the most expensive housing markets in the nation. The median price for an existing single-family home was $672,620 in March compared with the statewide median of $291,080.